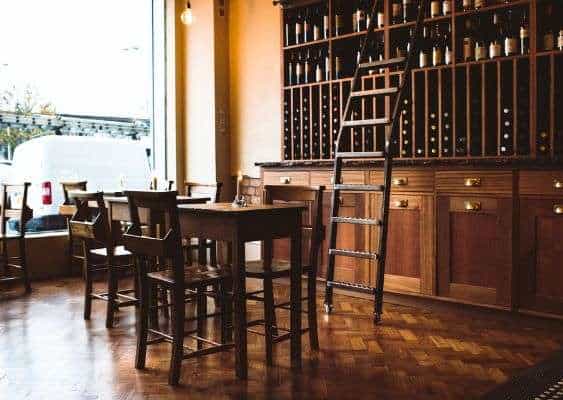 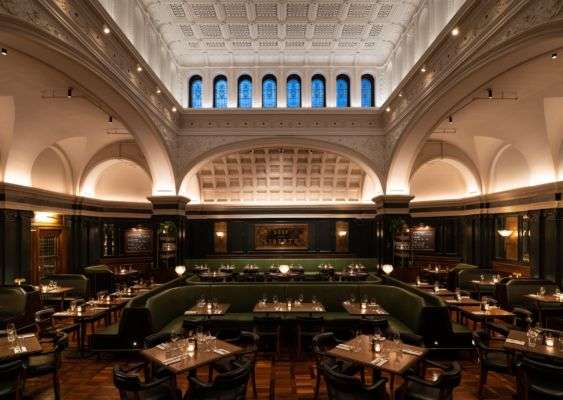 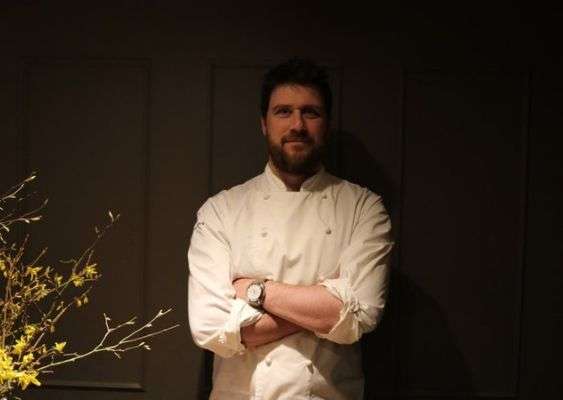 As far as we know the fastest straight to one Michelin star ever in Ireland. Restaurant Chestnut is the story of a local boy, Rob Krawczyk (son of well-known charcutier Frank), taking the long road home through some of the best kitchens in the country before circling back to the setting and produce of his native West Cork. With a dinky old pub himself and his partner have put Ballydehob on the dining map. On the plate Rob’s restraint and gift with textures and flavours is beloved by restaurant critics, inspectors and the public alike and front of house is carefully choreographed by Rob’s partner in everything, Elaine. The star belongs to both of them. Rob and Elaine have added two private dining rooms upstairs in their beautiful, tiny starred 18-seater, and across the road is the most interesting and eclectic of Irish family pubs and venues, Levi’s Corner House. Dinner at this sweet-as-a-nut little Chestnut followed by summer pints in Levi’s is as authentic and dreamy an Irish experience as you can have. 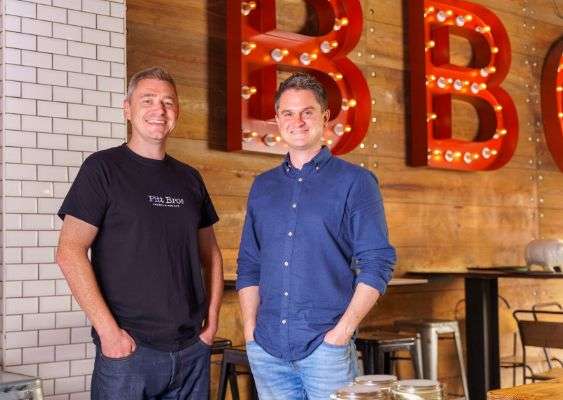 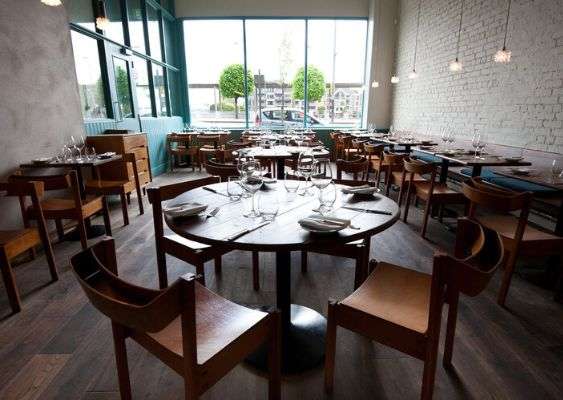 Eight years ago, two close friends at the top of their game left the safest jobs in their industry to strike out on their own, to take a risk on an old tile shop in a part of the city that didn’t do destination restaurants, or restaurants at all. At this stage OX feels like it’s been part of the Irish food conversation forever, it’s so seminal, but at that time many thought Stevie Toman and Alain Kerloc’h were mad. The media response was immediate though — top marks from the Irish and UK critics alike. And OX was only getting started. Alain Passard popped up in a collaboration for their first birthday, cooking shoulder to shoulder with Toman. Then the OX team travelled south and cooked at Ballymaloe for some of the most influential food and drinks heroes in the world — Jancis Robinson on one table, Alice Waters on another — and that year the Michelin Guide awarded OX the star it has retained ever since. A year later, team OX went west to Manhattan to collaborate with the number one bar in the world, the Dead Rabbit, for two ground-breaking cocktail-paired tasting menu nights in Battery Park. With best chef and restaurant awards from Food and Wine during a time when Irish destination dining never had as much competition, the star, the collaborations and awards have never distracted Toman who has kept his foot to the floor since opening. OX gets more focused, more elegant and concise with every service. Kerloc’h, a gentle genius on front of house, can move from starry Parisian Michelin dining formality to local barman in the flick of a vowel, and guides a wine list that is constantly interesting and surprising, and a perfect foil to Toman’s richly understated and, at heart, deeply generous food. A subtly beautiful space, Belfast’s brightest star overlooks the Nuala with the Hula and the city that it has helped put on the world map since its arrival. 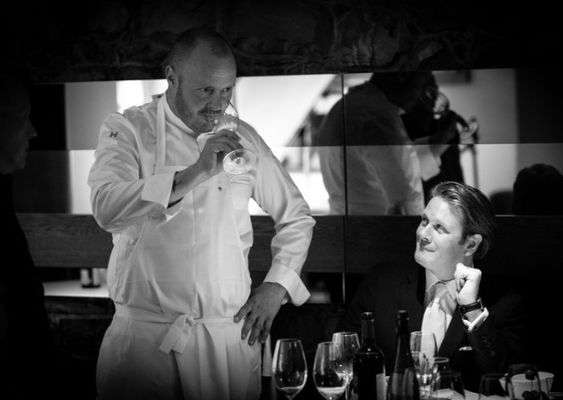 Chapter One by Mickael Viljanen

Chef Mickael Viljanen, born in Stockholm but raised in Finland, came to Ireland by way of Escoffier’s Paris and has been working in kitchens since he was 14. Focused and intense when it comes to his work, he has an encyclopaedic knowledge of what other chefs have been and are currently up to, not just in this country and with our immediate neighbours, but all across Europe and with a particular and serious focus on his major love, Paris. This technical virtuoso has the lead of his Marshall cooking amp plugged fiercely into whatever the best is that he can get his hands on, and he’s happy to spend on any and every ingredient that can amplify his own skills and talents, and those of his team in the kitchen. Mickael has never made any secret of only wanting the best, so finally being awarded two Michelin stars in 2019 was no surprise to anyone who has eaten his extraordinarily elegant, complex and delicious food. Opinionated, an innovator with a deep respect for tradition, a perfectionist and a showman on the plate, Mickael makes food that is as gorgeous to look at as it is to eat, and he’s an impressive anorak of knowledge, someone who spends all his available income and what little time off he has eating other chefs’ food. Mickael Viljanen now begins an exciting new phase in his career as chef-patron at Chapter One. 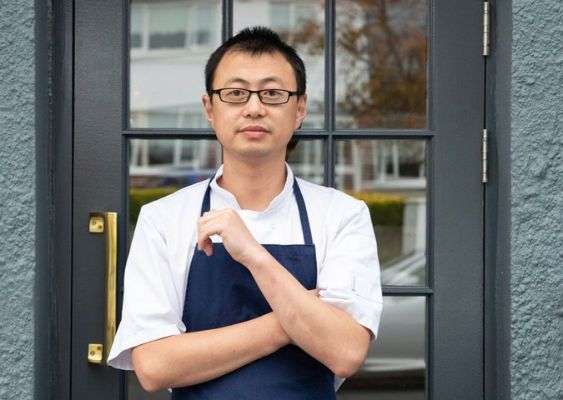 Barry Sun Jian came to Ireland in 2002 when he was 19, to improve his English as many Chinese students do. He began part-time work in kitchens to supplement his income, and worked his way up from kitchen porter in Mint restaurant in Ranelagh, followed by time in Restaurant Patrick Guilbaud, Bon Appetit, Cleaver East and l’Ecrivain, finally ending up as head chef in Etto, where his elegant flavour-led food won him chef of the year in 2018. Barry opened Volpe Nera, or black fox — a slightly tongue in cheek take on the premises being halfway between Blackrock and Foxrock — in 2019, a classy neighbourhood restaurant that was recently awarded a Bib Gourmand by Michelin. Volpe Nera may look simple, but Barry’s dishes are sophisticated, accomplished and most of all delicious. While still focusing on the Mediterranean-influenced snacks, small plates and sharing platters in Volpe Nera, diners can also expect to see more of the northern Chinese cuisine that is part of Barry’s heritage making an appearance on his menus in the future. 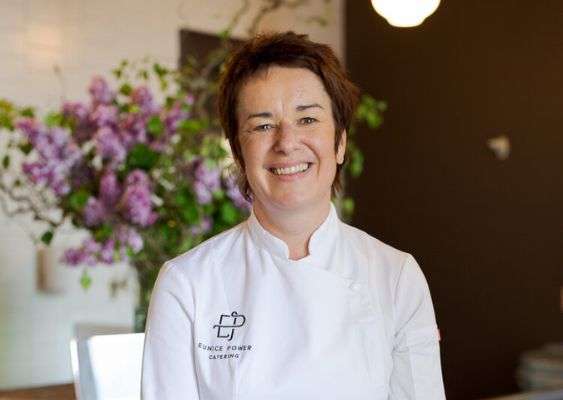 Obsessed with food from an early age, learning much from her mother who is a wonderful cook, some might know Eunice Power from a catered wedding like no other, or a spectacular spring pop-up in Dungarvan, where she is part of the backbone of the seminal West Waterford Festival of Food. Others might know her from RTÉ or her recipe columns, but all the most influential chefs and media in the country know and regard Eunice’s attention to detail and work ethic. “The Queen of Flavour,” says Michelin-starred Ross Lewis, and “Gee-whizz food from a cook with real verve” according to the Bridgestone Guide, from her ability to serve a record-breaking 2,243 guests an elegant 3-course gala meal in just an hour and a half in 3Arena, to her regular TV appearances and her roles as teacher and food tourism promoter, Eunice is a powerhouse in Irish food. Then came AndChips, a takeaway in Dungarvan, a stone’s throw from the harbour. Cooking perfect fish and chips, once you know how, may be straightforward but there’s nothing simple about trying to create the perfect fish and chip shop. To research the right ingredients and perfect the process — the temperatures, the fats and timing, finding the perfect spud, batter and fish — every corner of AndChips has Eunice’s experience and expertise all over it. Strolling from AndChips to perch on the wall outside with a ling and chips on a sunny day is a different but equal kind of fine dining. 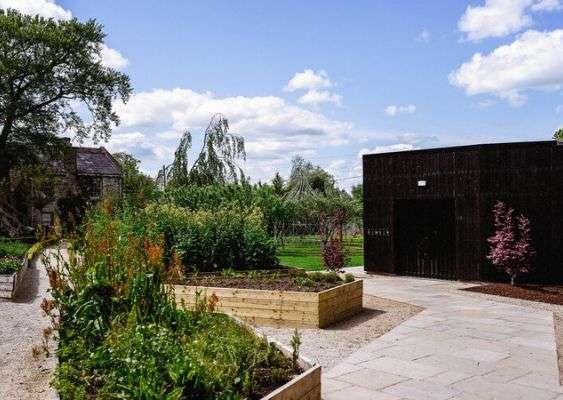 Aimsir is a love story, a menage à trois between a Cornish superstar chef, his brilliant Danish other half, and Irish produce. Jordan Bailey and Majken Bech arrived to Ireland and the sleepy Kildare countryside with the single-minded vision of building an experience tied so closely to Irish produce that it would change how people viewed it on a fine dining stage. Within just four months, their unique take on what this island has to offer and Bailey’s laser focus persuaded Michelin to award them two stars, right off the mark — a new record for the UK and Ireland Michelin Guide. Since then Aimsir has grown even deeper roots in the Irish food community, with every ingredient served bar sugar being from these shores, and Jordan and Majken have also put their own roots down and got married. As restaurant manager, Majken’s approach to front of house, keeping that sweet spot where both locals and those destination diners who have travelled from other countries just for dinner feel the same magic, has created one of the most coveted tables in Ireland and the UK, and her ethos on wine and juice pairings adds to that. And now they are both busy taking further root, creating an Aimsir ecosystem at Cliff at Lyons with three more acres turned over to orchard to add to the one they already have, with cherry and plum trees, berries and currants and extended outdoor beds, all grown organically. And Aimsir is getting its own chickens and pigs, free-range, rooting through those pastures and orchards, giving back vital nutrients to the soil. There’s a native Irish black bee apiary nestled in a wild flower meadow too and flower patches planted to be picked for the restaurant and rooms. Aimsir’s roots are spreading, creating a strong, solid base for more exciting growth. 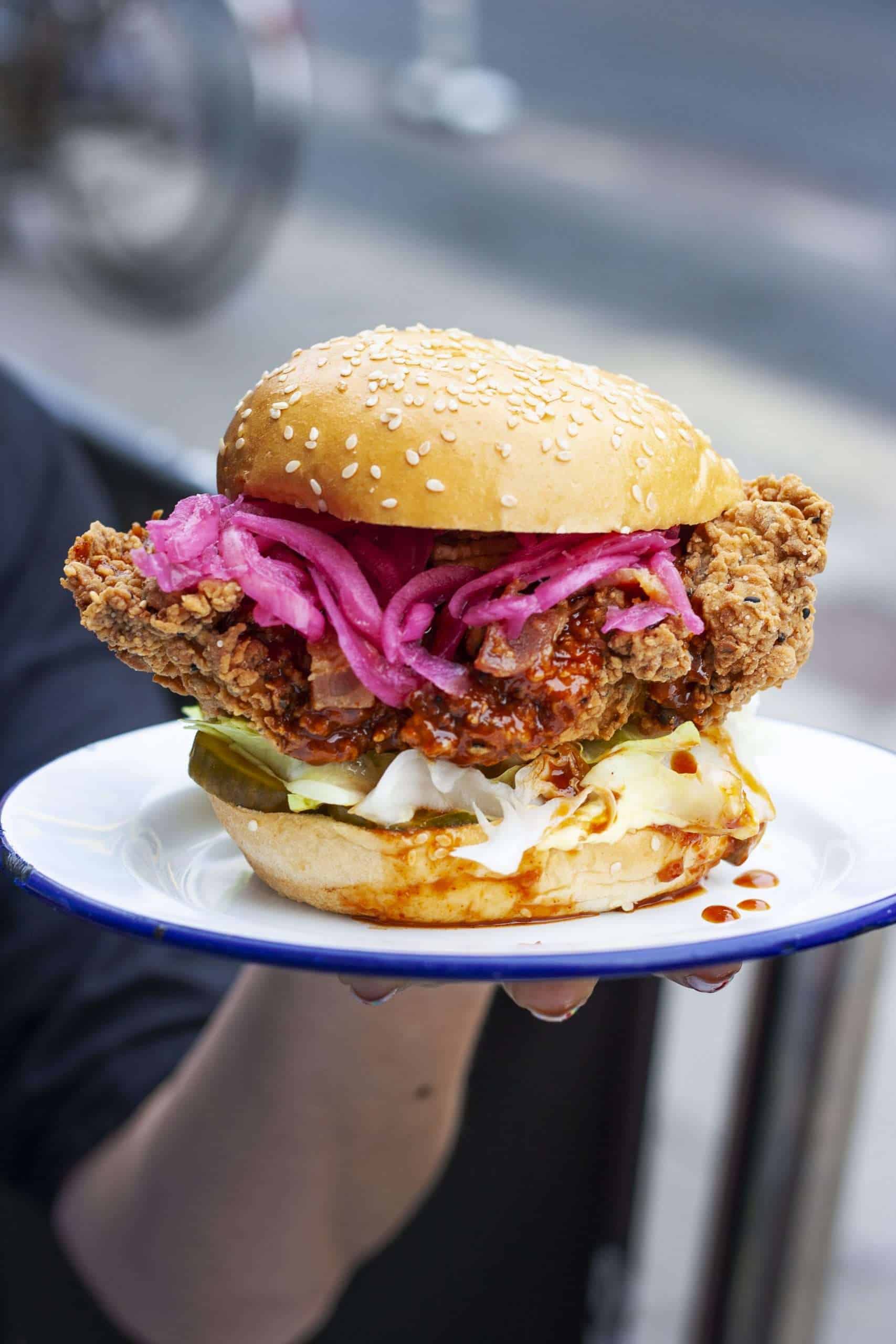 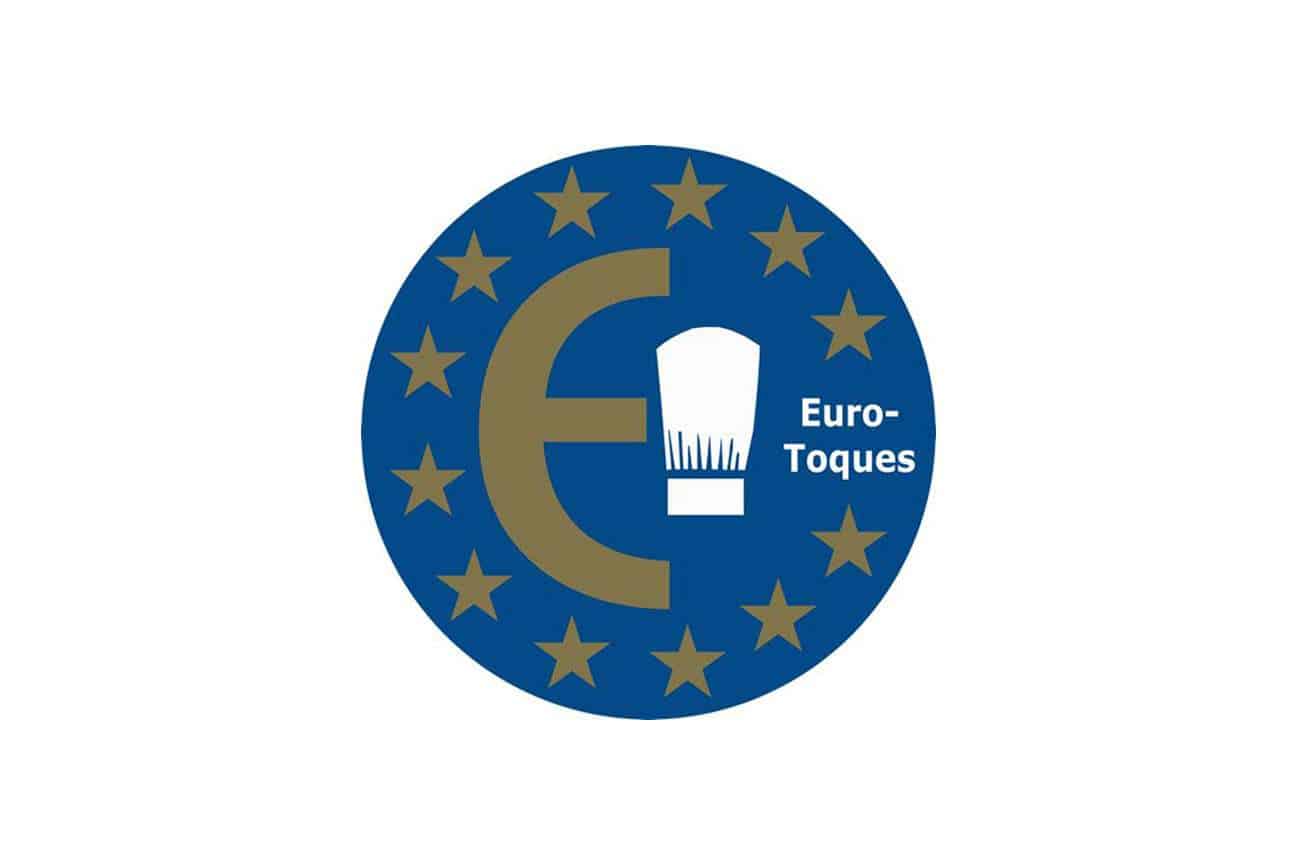 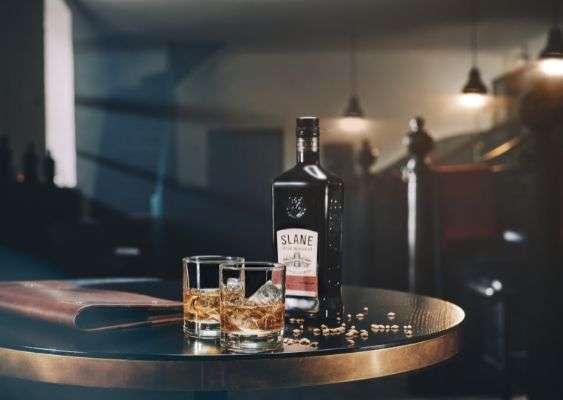 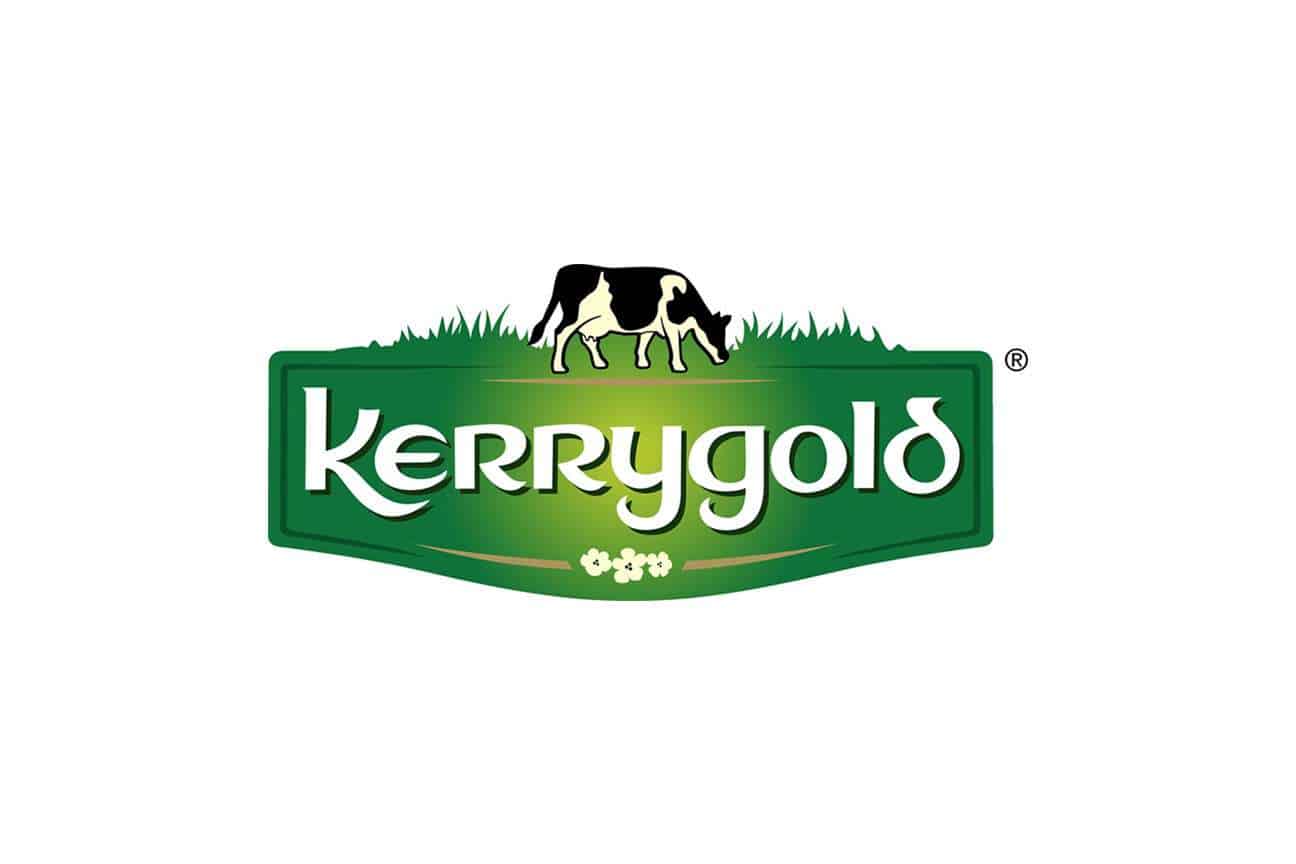 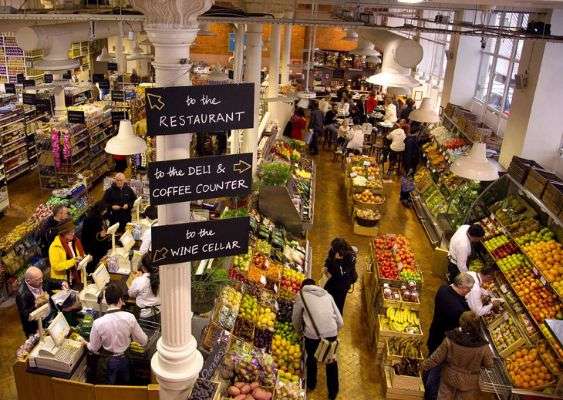 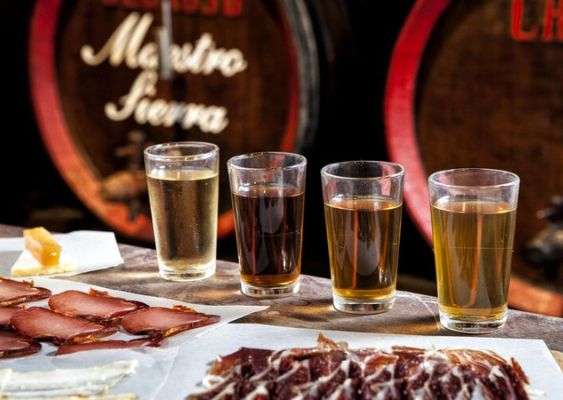 Launched in 2016 Spanish Wine Week runs in various locations throughout the country during a week in April. Spanish Wine Week is perfectly designed for both foodies and wine lovers, giving guests the opportunity to feel the passion and learn more about Spanish wines in a series of events – tastings, talks, special restaurant and wine shop offers and competitions – all organised by Wines from Spain. 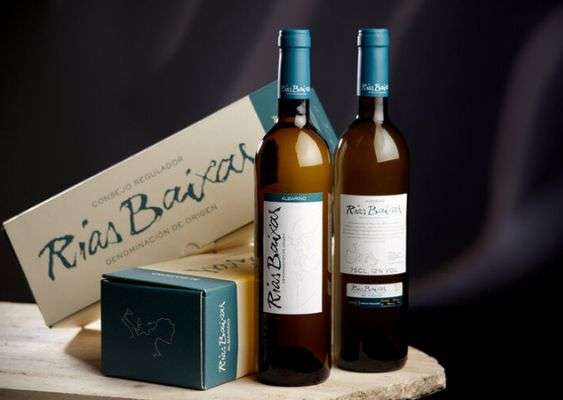 Rías Baixas is a small wine-producing area in Galicia in north-west Spain. With a strong wine-growing tradition, passed down from generation to generation, the sector now plays a key role in the development of the region’s economy. One of the key factors in its success has been the decision to continue growing the region’s indigenous grape varieties, in particular Albariño, which copes so well with the challenging local climate and imparts a genuine sense of place to wines with a distinctly Atlantic character. Traditional Galician vine-growing continues with vines trained on pergolas, a growing system where pruning and harvesting is done totally by hand, capitalising on the skills and expertise of the area’s 5,500 and more wine growers. 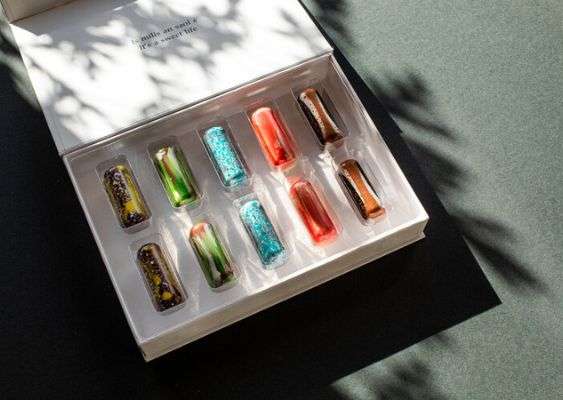 Grá Chocolates is a chocolate brand founded on giving the best quality produce created into a mouthful of excitement. Following the principals of sourcing locally and sustainably, based on the conviction that great taste comes from the finest ingredients.

The bonbons are hand-painted and take three full days to create. For the fillings, they source locally and ethically produced ingredients to create unforgettable flavours. In addition, they polish each mould individually to ensure that the bonbons retain their beautiful shine. There are no shortcuts taken in the process because they know every single step makes a difference in the end. 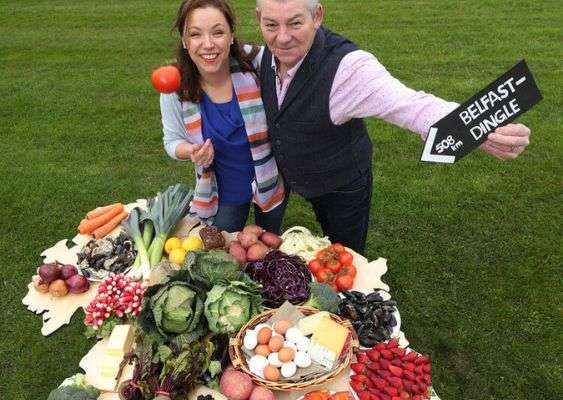 Often dubbed the Irish food Oscars, Blas na hÉireann is a celebration of the best in Irish food. Founded by Artie Clifford 14 years ago, the awards are a real stamp of approval for producers up and down the country. Artie and Fallon work tirelessly to help, support and celebrate Irish food and drink each year and the awards weekend in Dingle shows just how far their Blas community stretches, with judges, friends and buyers descending on the town for four days. And it’s great craic too.

You can find out more about which cookies we are using or switch them off in settings.

This website uses cookies so that we can provide you with the best user experience possible. Cookie information is stored in your browser and performs functions such as recognising you when you return to our website and helping our team to understand which sections of the website you find most interesting and useful.

Strictly Necessary Cookie should be enabled at all times so that we can save your preferences for cookie settings.

If you disable this cookie, we will not be able to save your preferences. This means that every time you visit this website you will need to enable or disable cookies again.